Your team is agile, but you work with many teams that aren't. If you find the resulting friction hard to remove, you're not alone. Many in the Agile community are facing the same challenges that you see: working with change-control processes that are really about change denial, having to wait until almost a release date to start integration and non-functional testing, having no real idea how things are going with other teams, and more. Reducing that cultural friction involves building bridges: reaching out to include everyone involved in solution delivery. It's about collaborating toward common goals. It's about focusing on what Information Technology exists to do.

Above all, it's about respecting every team - whether or not they have an Agile culture. And you can begin building those bridges right now starting with small stones (practical and easily implemented techniques that can expand Agility in your enterprise without drama or dogma).

Join Tom Nedwek as he shares some of those stones, including Use Backlogs at Project & Iteration Levels and Integrate Early & Often. You’ll leave with a list of techniques that you can try to help all your organization's teams work together more effectively.

Learning Objectives
After attending this session, the participant will be able to
• Describe the friction between Agile and non-Agile teams as a matter of conflicting cultures
• Leverage the concept of cross-cultural friction to guide your efforts toward improving inter-team collaboration
• Move toward reducing inter-team friction by implementing some Agile principles and practices in small-scale ways
Learning Level
Practicing
Track
People
Session Type
Talk
Sponsor 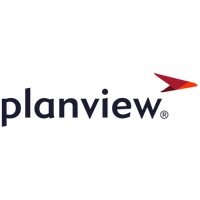